This is a special episode in which we interview a handful of graduates from an addiction recovery ministry called Straight Street Restoration Center.  Straight Street operates under the umbrella of Damascus Home Ministries and and is a faith based 90 day drug and alcohol addiction recovery ministry.  For more info check it out at damascushome.org. 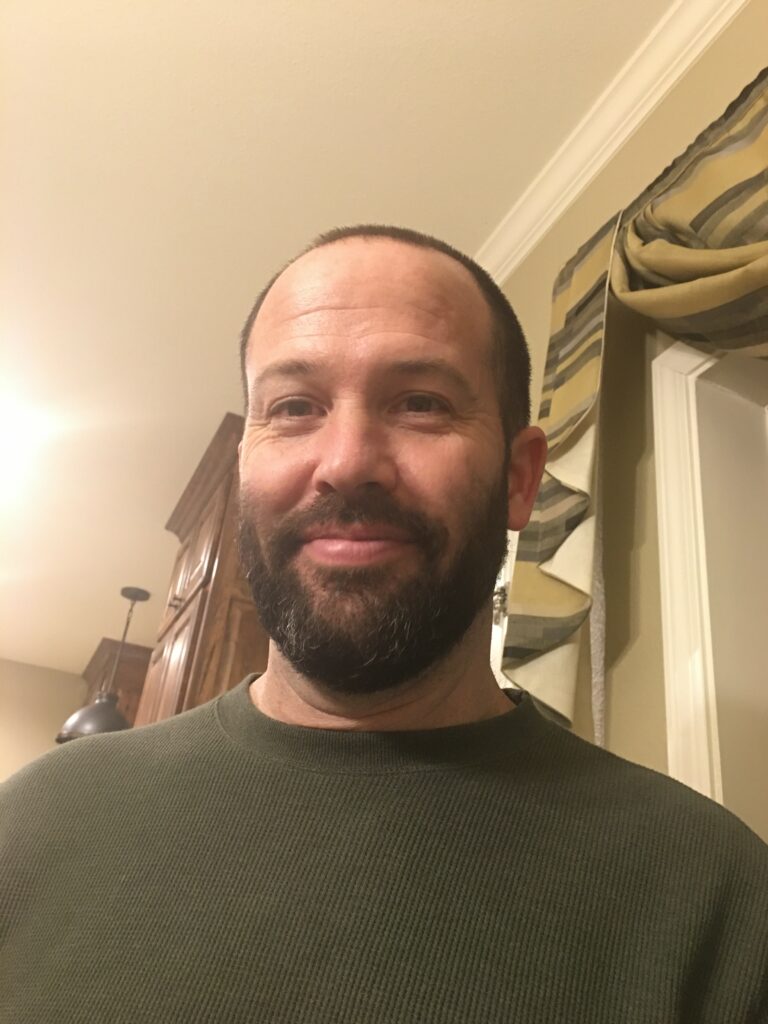 My name is Russell Turner; I graduated from the Damascus Home of Redwater Straight Street Restoration Center in April, 2013. I heard the Gospel of Jesus Christ while at the Damascus Home. It was then I repented of my sins and trusted Christ for the forgiveness of my sins, and God caused me to be born again. All a gift from God. After graduation, I got married to my wife Sarah and now have three children. I could not stay away from the Damascus Home and eventually was asked to teach a class there, which I have done for years now. It has been a joy to be able to minister and bring the Gospel to the men at Straight Street. It has also been heartbreaking to see men who claim to be Christian when indeed they are not (1 John 3:7; John 8:34). Straight Street Restoration Center is a place where men who are enslaved to their iniquities and sin (like I was) can hear the Gospel and hopefully repent unto salvation or just repent if maybe they are in Christ. God is sovereign and, through His providence, placed me at Straight Street at just the right time. God continues to sanctify me just like His Word says He will. Through the power of Christ, I have never returned to my former lifestyle. It is only through God’s word, and His Holy Spirit is anything eternal accomplished. I pray God continues to save men at the Damascus Home’s Straight Street. Amen. 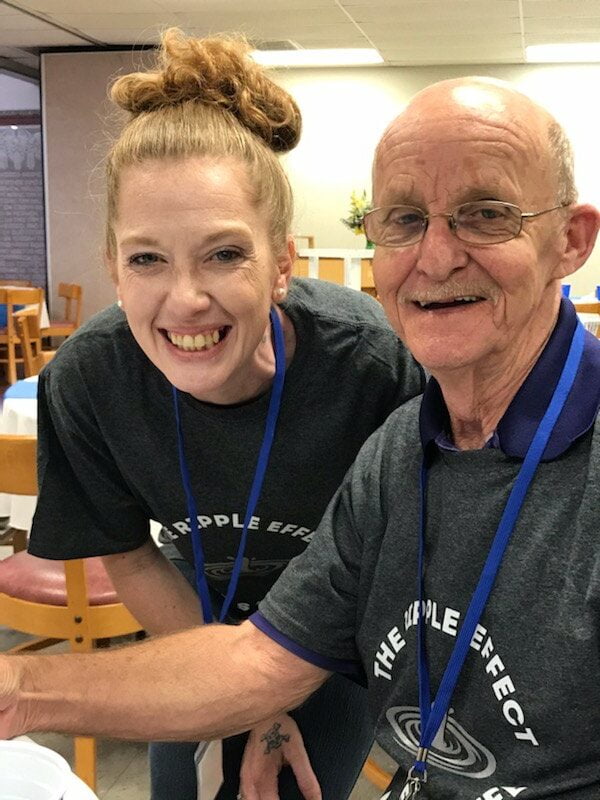 My name is Ashley Higgins and I was blessed to have the opportunity to be a graduate of Damascus Home Women’s Center in August of 2013. I was raised in church most of my childhood and had recited a prayer at 16. After falling deep into addiction and desperate for help, through Divine appointment God lead me to Damascus.
After the first house meeting with Jim Cooley and some very convicting words, I realized I had Jesus in my head but not in my heart. May 31st was the day I gave him my heart! The next 3 months the Lord poured into my heart and soul. The more I searched, the more I found. I had an unquenchable thirst for God and He always gave me drink! I have found the Joy I searched for in the world, in the arms of my Jesus. I have found the Peace that surpasses all understanding in my Lord. I have found the Love I used to dream of in the stillness of His presence.
My life now is proof that when you give God the broken pieces, He makes beauty from ashes. I’m eternally grateful for this ministry and the impact they have had on my life! 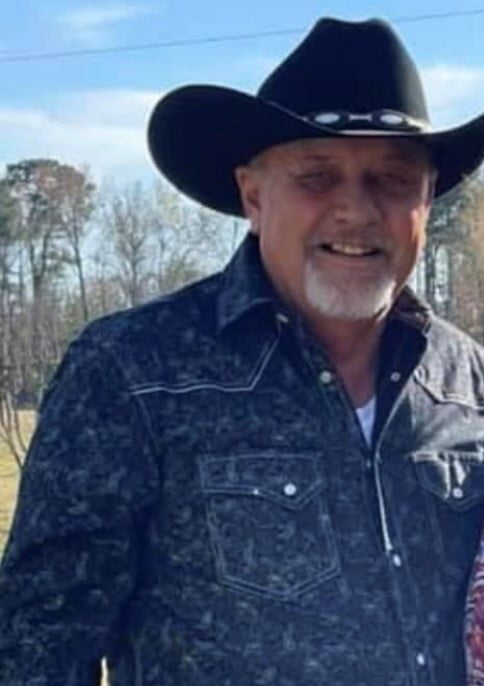 My name is Jon T. (Todd) Castleman. I am 55 years old. On January 27, 2009, God brought to light my addiction to methamphetamines. In changing my life, God gave hope to me, to my wife and family, to my employer and co-workers and I’m so very thankful He did. There is no doubt God saved my life. Upon losing a good job where I had worked for 24 years I knew I needed help!
I accepted Jesus Christ as my Savior when I was 9 years old and grew up attending Sunday School and Church with my parents until about the age of 16. That’s when my problems with alcohol and drugs began. First it was alcohol, then marijuana and on to methamphetamines. I really had a problem. The day I resigned from my job, the only place I knew to turn was back to God. Even though I had run from Him for many years He was waiting on me to return to Him.
This is when God led me to Straight Street Restoration Center in Maud TX. My time spent there (90 days) allowed me to focus on God and help me rebuild my relationship with Him. I am so thankful my God didn’t give up on me! I’m also thankful to God for restoring my relationships with my wife, my kids and all my family. And God blessed me with another job the day after I graduated. I worked there for almost 5 years and then God blessed me with an even better job than the one I lost. God has really blessed me and continues to bless me and my family daily. I will forever be grateful for my brothers and sisters of Straight Street and Damascus Home of Redwater ministry for providing a place for God to work on me and bring me back to a Christian life. So please, if you are a man who is struggling with any kind of an addiction problem, help can be found through Jesus Christ at Straight Street Restoration Center. All you need to do is call. May God Bless You!
Sincerely,
Todd

Roger graduated from Straight Street Restoration Center in September, 2012. Even though he had been taught the tools of godly living while at Straight Street, Roger chose to make poor choices.  On November 5, 2015, Roger surrendered his life to Jesus Christ.  Jesus delivered Roger from alcoholism while sitting in a jail cell after receiving a DWI.  Beginning then, Roger went “back to the basics;” he used the tools he had been taught at The Street and stayed focused on Jesus day by day.  One step at a time, he began to build a life of godly choices.

Roger spent lots of time at SSRC.  Early in 2017, Roger came on staff as an Evening Shift Ministry Attendant, and served through 2018.  For the next couple of years, he ministered to his parents through relationships that Jesus had completely restored. In 2020, Roger returned to serve in the ministry when he joined Damascus Home of Redwater as a member of the Board of Directors.   He also makes time for the residents at SSRC, is volunteer groundskeeper for the Damascus Home Resale Store in Texarkana, TX and all-around good hand wherever he is needed.  Beyond that, Roger spends much of his free time ministering to senior citizens and widows in his hometown of Atlanta, TX.

Since the day Jesus delivered him, he hasn’t even had the desire to drink, for which he gives all the credit to the Lord Jesus Christ.  All glory to God! 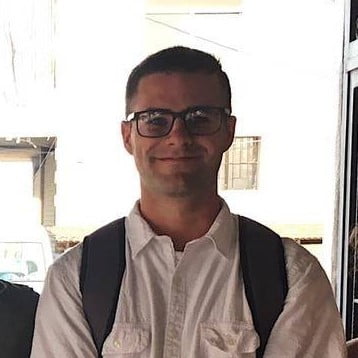 The Lord used my time at Straight Street Restoration Center to ground me in His Word, learning what it means to follow Jesus as Lord and Savior. During the 18 months there, the Lord began leading me towards full-time professional ministry. He graciously opened the door for me to attend LeTourneau University in Longview, Texas to study Christian Ministry. I enrolled at LeTourneau in the Fall of 2018, going straight from the Street down to LeTourneau in Longview. I have been at LeTourneau since. I’m now in my senior year! The Lord has graciously given me many joys and celebrations, as well as mercifully sustained me through many trials and difficulties. He gave me the opportunity to serve with a Christian organization in Lebanon, teaching English to Syrian refugee children in the summer of 2019. He also gave me the opportunity to serve with the same organization in New York City in the summer of 2021, while I was initially prevented from returning overseas due to the COVID-19 outbreak. The Lord has also given me several opportunities to preach and teach His Word in different churches in the Longview area, including at the college group of my home-church here. I believe that the Lord is calling me into pastoral ministry, with missions possibly involved somehow. I’m not sure what exactly this looks like yet. Now, I am seeking the Lord about what He wants me to do after I graduate from LeTourneau this upcoming May, 2022, Lord willing. I am considering attending seminary for further theological and ministerial training, but I have not made any firm decision yet. I am excited to see what the Lord will do next!